HomeMeal prepThe Instant Pot: the Most Important Gadget in Your Kitchen

The Instant Pot: the Most Important Gadget in Your Kitchen

If you don’t already have an instant pot, chances are you’ve heard people raving about theirs. The instant pot has gained a massive amount of popularity in the last few years, and for good reason. With the ability to transform into a pressure cooker, slow cooker, rice cooker, egg cooker, yogurt maker, or steamer, this clever little pot eliminates the need for kitchen cabinets filled to the brim with various machines.

The instant pot can be used by home chefs and novices alike, which is a key component to its ever-growing popularity. If you type ‘instant pot recipes’ into Google’s search engine, you’re immediately met with around 259 million results. Whether you’re looking for a slow cooker soup recipe to wow your family or an easy way to cook that chicken you’ve had sitting in the freezer for weeks, there’s a recipe out there for you.

The first thing to understand when purchasing an instant pot is that you have some options to choose from. There are some important distinctions to note between the nine different models.

Cooking with your Instant Pot

Once you’ve selected the model that works best for you, it’s time to understand why these gadgets are so widely loved by consumers.

Your instant pot as a slow cooker.

One of the most appealing aspects of an instant pot is its quick cooking times. The Instant Pot website boasts that each model has the ability to cook food up to 70% faster than traditional methods, such as an oven.

While it functions perfectly as a slow cooker, instant pots have become especially popular for their ability to cook most meals in under an hour, allowing for the perfect weeknight dinner.

How to use an instant pot as a pressure cooker?

The quick cooking capability is due to its ultra-efficient pressure-cooking function, which locks in the steam created by liquid, builds up pressure, and then pushes that steam back into the food.

Unlike an oven that requires 25-30 minutes to cook chicken breasts, an instant pot can cook them perfectly in as little as 5 minutes. Unlike your typical pressure cooker, instant pots are fitted with lids that lock into place and remain locked until all the pressure has been released.

There are two methods to releasing the pressure from an instant pot.

The quick release method involves moving the valve on the lid into the venting position and allowing the steam to shoot out of the top all at once, which typically only takes a few moments, but can also take longer depending on the amount of liquid in the instant pot.

The natural release method is a slower process and involves leaving the valve in the sealed position while allowing the steam to slowly dissipate over time, until the lid unlocks on its own.

Meals with less liquid can complete the natural release process in as little as 20 minutes, while high-liquid meals such as soup or chili can take up to an hour. Both methods produce great results, it all depends on what you’re cooking and how much time you have.

More easy tricks you can do with your instant pot.

All Instant Pot models come with a trivet, which is a metal insert fitted with collapsible sides. Water is a necessary component of cooking food in an instant pot and the trivet is designed to keep your food out of the water.

This comes in handy when cooking foods like eggs, steamed vegetables, roasted meat, baked goods, and anything else you don’t want to be submerged in water while it cooks

The sauté function that all Instant Pot models come with allows users to brown their meat or sauté vegetables before pressure cooking, making one-pot meals a piece of cake. Simply select sauté mode, add your cooking oil and sauté to your liking, then select the ‘cancel’ button, and proceed with your recipe.

If cooking chicken breasts that you want to brown first, for example, you just remove them from the instant pot once browned to your liking, add water, place the trivet into the pot, and set your browned chicken breasts on top before sealing the lid and cooking.

The trivet also allows you to reheat food in an instant pot, eliminating the necessity for a microwave and truly making it a one-stop shop for all of your cooking needs.

Vegans, vegetarians, and meat lovers alike love instant pots due to the versatility of the gadget. Whether you’re looking to make a mouthwatering butternut squash soup, a perfectly roasted chicken, or just want to reheat the chili you froze last week, this tool will get the job done.

Wondering what to cook in your new instant pot? The options are nearly endless. Instant Pot’s official website is a good place to start, with over 1000 instant pot recipes. If you’re looking for recipes specifically geared towards beginners, try checking out these beginner recipes.

What Are the Best Cuts Of Beef for Smoking? Complete Guide.

Best Beginner Guide to Cook with an Air Fryer 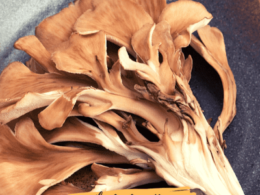 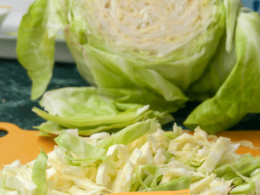 How to Clean Cabbage for Coleslaw: Quick, Easy Cleaning and Cutting Instructions 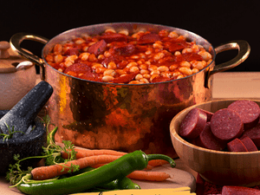 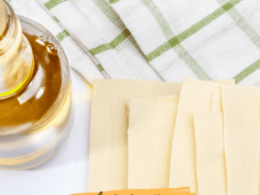 The Best Way To Prevent Lasagne Sheets From Sticking