HomeMeal prepHow to Keep Pasta from Sticking Together, Cooked, and when Storing

How to Keep Pasta from Sticking Together, Cooked, and when Storing

Pasta is a popular food choice for many people. It’s easy to cook, and it can be stored in the fridge or freezer for later use. However, if pasta isn’t stored or cooked properly, it can stick together and become difficult to eat. In this article, we’ll give you some tips on how to prevent your pasta from sticking together, both when it’s cooked and when you’re storing it.

Keep pasta from sticking together when cooking.

When you want to prevent your pasta from sticking, it all begins with the cooking process. You may use the information below to minimize the chance of your noodles sticking during preparation.

You must ensure that you use a big enough cooking pot and give those noodles some breathing room. When the pasta is submerged in boiling water and starts cooking, it expands by roughly 2 times its original size and the greater your pot, the more room there is and the less likely your pasta will stick together.

Stir your pasta, a lot.

During the first two minutes you put your noodles into boiling water, they’re coated in a thick layer of starch.

If you don’t stir them constantly for the first two minutes, they’ll get glued together and stay stuck since they’ll be cooked attached to one another. So keep stirring.

If your pasta is still sticking after numerous stirs, there’s one more thing to check: whether or not you’re using enough water. The reason pasta sticks is because it leaches starches into the water as it cooks.

If you have enough water, the starch concentration will be low enough that your pasta is won’t stick. The ratio is generally 4 quarts of water to 1 pound of dried pasta. If you’re using a smaller pot and less water, simply stir more often.

It will not only keep the pasta from sticking together, but it will also lessen the effectiveness of your sauce.

It is not a good idea to use olive oil in conjunction with boiling water for pasta. Instead, the noodles will be coated in oil as you drain them, preventing the sauce from bonding later.

If you’re not tossing your noodles in the sauce right away, or intend to reheat them later, adding olive oil after removing them from the pan can help prevent them from sticking together.

How to store pasta without sticking together.

It’s best to keep the sauce and pasta separate if you wish to store leftover pasta. Keep this in mind before combining sauce and pasta, especially if you’re storing your leftovers in the freezer (Yes, you can freeze cooked pasta).

Storing cooked pasta in the fridge without sticking.

Allow the cooked pasta to cool completely, Coat the cooled pasta in a little bit of olive oil (this will prevent the pasta from sticking), after that the coated pasta can be kept in airtight containers in the refrigerator for 3 to 5 days.

Reheating cooked pasta from the fridge

You can reheat the cooked pasta in a saucepan of rapidly boiling water for 30 to 60 seconds, just until warm. Make sure the pasta is removed from the boiling water within one minute or it will overcook.

Prevent pasta from sticking before you freeze it.

To freeze fresh pasta, follow the same procedure you would when storing it in the fridge.

Toss the pasta with a little olive oil or cooking oil after it has cooled completely. (Add 1 tablespoon oil to 8 ounces of cooked pasta. When frozen, this prevents the pasta from sticking together).

Frozen pasta can last up to three months, but you should consume it within 2 months for the best freshness. If food items with a lot of water, such as pasta, are left in the freezer for an extended period of time, they might develop freezer burn.

To defrost, put your frozen pasta in a colander in the sink and shower it with cold water, or leave it in the refrigerator for 2-3 hours.

But my preferred option is, to place the frozen pasta straight in a rapidly boiling pot of water or a simmering sauce. The amount of time it takes to thaw and reheat varies on the quantity of pasta you use, but 1 to 2 minutes is usually all it takes.

Because your frozen pasta is already cooked, all you have to worry about now is getting it as hot as the sauce or other ingredients with which it will be served.

The blog post you just read was all about how to keep your cooked pasta from sticking together.

With some simple tips and tricks, we hope that the next time you cook a delicious dish of spaghetti with red sauce for dinner or make homemade macaroni and cheese, things won’t get as messy as they usually do in the kitchen when cooking noodles.

We hope this article has given you any insights into what can be done about preventing pasta from sticking together!

How To Bake Banana Bread Without a Loaf Pan

How Long Does Chicken Last IN the Fridge and Freezer? (both Raw and Cooked!) 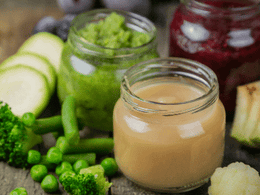 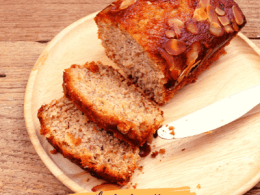 How to Make Sure Your Banana Bread Is Moist Every Time

How to Thaw Cool Whip 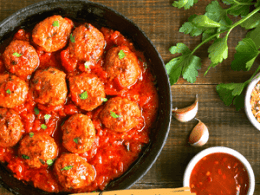