HomeMeal prep3 Easy Ways to Cook Hamburgers Without Burning Them: step by step

Juicy hamburgers are enough to make anybody salivate. We’ve only just started writing this guide and we’re already thinking about making hamburgers for dinner tonight! But one thing that turns tears of joy for hamburgers into, well, just plain old tears, is a burned hamburger.

The black burned edges, the dried up meat, the tasteless hockey puck it turns into. Just thinking about it makes us unhappy! So, to stop at-home cooks across the world from disappointing themselves tonight, we decided we’d put together a helpful guide giving you all our best tips for cooking hamburgers without burning them! And the best news? It’s all pretty simple if you know what to do – so stick with us, and you’ll be eating delicious hamburgers in the comfort of your own home without ever risking burning them again!

How to cook hamburgers without burning them: A step-by-step guide

We’re going to give you a whole host of tips and tricks throughout this post, but to start with we’re going to be talking about cooking hamburgers the old-fashioned way: on the BBQ. Humans have been putting meat over open flames since time began, but the cave people didn’t know then what we know today, so don’t settle for charred, dry burgers, when you can cook them perfectly every time. If you’re looking for tips about frying burgers using a skillet, or even using your oven to cook them, then don’t worry. We’ll get to that later. For now, though, let’s look at barbecuing your hamburgers using a foolproof method that will keep them looking and tasting great every time!

OK, before we talk about anything else, we need to talk about handling your meat (come on now, let’s be adult about this). When prepping homemade hamburgers for the barbecue, the trick is to make sure they aren’t too thick. Yes, we love thick juicy burgers too, but for this method, they simply won’t work and you WILL burn them, no matter what you do.

When forming your hamburger patties, aim for a thickness of around 3/4 of an inch. Weirdly specific, we know, but that will mean your hamburger can cook all the way through, without the outside of the burger burning. The trick here is to make sure the burger is thick enough to enjoy, but not so thick that the outside cooks way before the inside, leaving you with a very burned burger by the time everything’s cooked, or a raw inside.

Next up, prepping the barbecue itself. Start by putting oil over the grill. You don’t need too much, and in fact adding too much can cause the outside of the burgers to burn much quicker because of the high heat of the oil. You just need a little brushed over the grill grates to prevent the burgers from sticking.

Then you want to fire up the grill before placing the burgers on. For some reason, we see people suggesting you place cold burger patties on a cold barbecue and have them heat together, but this is more complicated than it needs to be. The key to grilling good hamburgers is making sure the barbecue is at a medium temperature and the flames are under control before you cook. That puts you in control, like the barbecue master we know you are!

Now it’s time to talk flames. The problem with cooking hamburgers on a barbecue is that you have less control over the heat source than, say, if you were frying them on a stovetop. Yet we keep on coming back for those flame-grilled burgers every time, because they taste so darn good! So, it’s time to master the flames (and be ready when those flames get out of hand).

The first trick is to make sure the flames are low. This comes back to the readying the grill section above, By getting your flames under control before placing your burgers on the barbecue, you don’t need to worry about flare-ups ,where the flames suddenly start licking your burgers and turning them to those hockey pucks we spoke about.

However, even after the flames are low, the grill heat is medium, and you’ve put your hamburgers on to cook, flare-ups are still possible as the fat from the burgers hit the flames below and cause them to shoot up. If that’s the case, cover your barbecue. Doing so limits the oxygen supply to the flames, so they die down a little. Don’t leave it shut for too long, or else the flames will quell completely, but just enough to calm the flames down ought to do it and prevent your hamburgers from burning.

The flipping is such an important stage. We hope you already know that flipping your hamburgers on the barbecue is essential, otherwise you’ve been eating some seriously strange burgers all this time. But what we’re hoping to teach you in this section is that you only need to flip it once. No more, and certainly no less!

You see, flipping hamburgers too much is a problem, and will lead you to burn them despite your best efforts. We know why people flip them so much; it seems logical to prevent either side from burning. However, by flipping them all the time, you’re actually making it take longer for the burgers to cook,

because the heat can’t penetrate deeply enough before you’re flipping them over again. This will burn them eventually.

Instead, flip your burgers only once. Place your hamburgers on the prepped grill with the controlled flames etc. and then leave it alone for 4 minutes. Seriously, don’t go near them. Just let them do their thing. After the 4 minutes are up, flip them and leave them again. This time leave them for 3-5 minutes, depending on how you like them cooked. A delicious medium-well ought to take around 4 minutes on both sides.

Before we leave you to enjoy your deliciously cooked, definitely-not-burned barbecue cooked hamburgers, we thought we’d give you some final checks that are always important when cooking meat: the internal temperatures. Now, this article doesn’t end here, and we will talk about other methods of cooking hamburgers below, but just know that these internal temperatures apply to ALL methods of cooking hamburgers!

Cooking hamburgers in a skillet

When it’s raining outside or you just don’t feel like firing up the barbecue, it’s still possible to enjoy some delicious hamburgers at home, simply by using your stovetop and your skillet. The key here is knowing a few simple steps to prevent them from burning again, and most of them are similar to the tips we’ve already given you for cooking them on the barbecue.

How thick should my burgers be?

Again, you should make your hamburger patties quite thin to prevent them from burning. Around 3/4 inch thick is good, and it can also be a great idea to make the center slightly thinner in comparison, around 1/2 inch thick to help with the cooking and to stop it from burning. Doing so will allow your meat to cook evenly without risking burning it.

However, if you like thick burgers, then it’s possible to cook them using a skillet in a way that isn’t possible on a barbecue because they simply burn over the flames. But if you want to find out more about this, you’ll have to read on to the ‘Making use of your oven’ section below!

What level of heat should I use on my stovetop?

Medium-high heat is good for cooking hamburgers in a skillet on your stovetop. By cooking on a stovetop, you’re also much less likely to burn your burgers because you’re in control of the heat source, unlike a barbecue, and you have the added protection of the skillet’s base between the heat source and the burgers, too!

Do I need to use oil in the skillet?

Really, it depends. If you’ve invested in some high-quality ground beef with a nice amount of fat in the burgers, then no, you won’t need oil because the fat from your burgers will cook them and prevent them from sticking to your skillet. However, if you’re using cheaper ground beef, then you’ll want a little bit of oil to prevent them from sticking.

We’d also just like to point out that even if you are using some really high-quality ground beef, you don’t need to use oil in the skillet, but you may want to. Doing so helps create a really lovely golden-brown crust on the outer edges of the burgers which many people enjoy. But since we’re focussing on preventing you from burning hamburgers today, using oil vs not using oil won’t make a difference in your skillet.

How long do my hamburgers need on each side?

When you’re cooking over a skillet, it’s much easier to achieve the perfect cook safely, so you can have your burgers exactly as you like them! Remember our rule earlier about only flipping your burgers once on the barbecue? Well, the same applies here too. But if you want to know the perfect way to cook different hamburgers, then here’s how long you’ll need on each side:

Do I need to use a meat thermometer?

Making use of your oven

Remember earlier we said you could cook thicker burgers using a skillet, where you simply can’t on a barbecue? Well, your oven is the reason why! You’ll need to start by using a skillet to sear the meat and get that delicious looking brown outer layer, because you simply won’t be able to achieve this in the oven alone.

Start by preheating your oven to 400 degrees Fahrenheit. Then heat your skillet over a medium-high heat just as you would if you were cooking the whole thing on there. Then, sear the hamburgers on either side – it should take between 2 and 3 minutes on both sides to sear them perfectly for that delicious outer crust we all love burgers for.

Then simply transfer your skillet to the oven. This prevents the hamburgers from burning, whilst still cooking them further, so the inside is thoroughly done. You don’t need to flip burgers in the oven either, because the hot air circulates all around them to cook them. Depending on how thick your burgers are, they can take anywhere from 10 to 20 minutes to be cooked.

Just make sure you check that the internal temperature is 160 degrees Fahrenheit, and then you can be confident that it’s cooked and ready to be enjoyed!

Key points to remember as you leave

The key take-home points from today’s post is that cooking hamburgers needn’t be complicated. If you’re cooking on a skillet alone or on a barbecue, then make sure your burgers are relatively thin so they can cook all the way through without burning around the edges.

Control the heat source, whether it’s flames, the burners on your stovetop, or the oven, so you can respond quickly if it looks as though your hamburgers are burning. Flip them only once on the barbecue or in the skillet, and allow them to do their thing so they cook perfectly without burning.

The point is, the steps to cooking the perfect juicy and definitely-not-burned hamburgers is all in the preparation. Hopefully, this post has made you feel more prepared, so you can make the perfect hamburgers for dinner tonight. After all this talk about hamburgers, we know we will be!

5 Ways on How Do You Keep Burritos Warm. 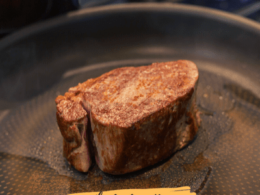 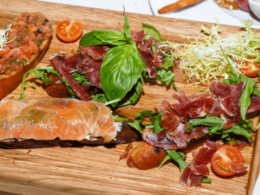 Meat vs. Seafood: Which One Is the Best? 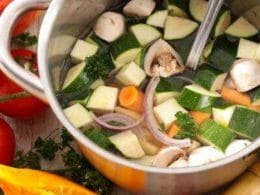 What to ADD to Soup to Make It Taste Better? 9 Easy Steps 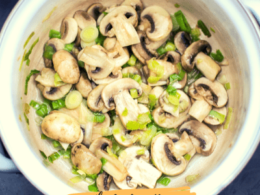