We’ve recently talked about how to thicken refried beans, and that got us to thinking about the best way to thicken beans and ham too. Some of the methods you’ll see today will be familiar if you saw the other post, but a lot of it will be new because different methods work better for beans and ham than just refried beans.

So, if you’ve made beans and ham, and your ham is looking a little like island in the middle of your ocean of watery beans, don’t worry – you’re in the right place. Today we’ll tell you 5 easy ways to thicken beans and ham that pretty much anyone can do at home right now. That means no running to the store to get ingredients you don’t have or throwing out your beans and ham and starting over. We’ve got you covered, so stick around to find out how to rescue your beans and ham right now!

Start With A Roux

The best place to start is with a classic and a roux for thickening dishes is about as classic as it gets. You see, the chefs use this method all the time because it doesn’t change the taste of the dish – or at least; it doesn’t if you cook the flour long enough, but more on that later. It’s a really clever way of thickening sauces, soups, and beans and ham, too.

It works by making the most of the starch in the flour. Starch is a natural thickening agent that will make your liquid, well, thicker. The butter itself doesn’t do a lot, it’s more like the vehicle through which the starch can travel to the liquid. If you just poured flour right into your beans and ham now without making a roux, it would A) be raw and ruin the taste of your delicious beans, and B) not thicken as well as you’d expect it to.

So, how do you make a roux? It’s really simple, just weigh equal parts butter and flour. Melt the butter in a separate pot from your beans and ham, and slowly sprinkle in the flour – around a tablespoon at a time. You’ll need to keep stirring as you do so, to stop the butter from burning or the flour from becoming too lumpy.

And don’t be afraid whilst you’re making a roux either. It might start to look a little lumpy, but it’ll eventually turn into a smooth paste-like substance. Really, you can’t go wrong when making a roux, because the flour will cook for long enough to remove the raw flour taste as you add it to the butter and get it to the right consistency anyway.

The only real point to remember is that the longer you cook the roux for, the more flavor it’ll add (as the butter becomes nutty) but also the less thickening power it’ll have as the starch in the flour breaks down. Since we’re talking about easy ways to thicken beans and ham today, your roux should be a pale yellow color, but just know you can also make it a nutty brown for dishes like gumbos for a slightly less powerful thickener, but one with bags of flavor!

Once the roux is the pale yellow color we talked about, just tip it into your beans and ham and stir away. Keep your beans over a medium heat and eventually the starch in the roux will act upon the watery liquid and thicken it up. We told you our methods today would be easy, didn’t we!

Everybody knows that beans soak up liquid really well, and that’s why they go so plump and juicy in a dish like beans and ham. So when you read that we’re suggesting you mash some beans, you probably think we’ve lost our minds. Surely if some of the beans are mashed, then they can’t hold any liquid and the whole dish will just become more watery, right? Wrong, surprisingly.

Actually, it has the opposite effect, and will help thicken the rest of the beans and ham. Beans are quite high in starch too, which we already know is what helps thicken dishes. By mashing some beans, you release that starch into the liquid and help make it thicker. So, how should you do it?

Well, we’d recommend taking only around a half cup of beans at a time out of the beans and ham to mash, or else you might go overboard and just end up with bean puree and ham, which might be appetizing for a baby, but certainly not for you.

Once the beans are out, just mash them with a potato masher or something similar. You could even put some in a ricer if the beans have been cooked for long enough. The aim is really to mash them into a bit of a puree because it’s this that will help thicken the rest of the dish when you tip it back into it.

Then all you need to do is stir them over a medium heat, and wait until the beans and ham thicken. If you need to do some more beans to release more starch and thicken them some more, take another half cup of beans and go again. Repeat this process as many times as you need until it’s eventually at the thickness you like. And Voila, thicker beans and ham in minutes!

A slurry is basically just a thickening agent – it’s something mixed with water to create a slurry that will thicken a dish. You can use lots of different things: xanthan gum, flour, or cornstarch. Whatever you use will depend on what you’ve got at home and how much it’ll affect the flavor of your overall dish. Some people prefer different things, but because it’s something we’re fairly certain most of you have in your pantry somewhere, we’re going to focus on cornstarch today.

If you have some other way of making a slurry, then just do a quick internet search to make sure you’re getting your quantities right, the last thing you want to do is over-thicken the sauce and just have the whole dish tasting like a thickening slurry.

Cornstarch is definitely something you can overuse, so make sure you only ever add your slurry a little a time until you’re satisfied with how the dish tastes and looks. Remember, you can always add more, but you can’t take it back.

To make a slurry with cornstarch, just add 1 tablespoon of cornstarch to around 1 cup of cold water. Stir it to create the slurry. Now don’t worry at this stage, the cornstarch won’t release its thickening starch properties until it’s heated, so if you’ve made too much slurry, the rest can be poured away and you can still add it to the beans and ham little by little until the liquid is of the right consistency. So take your time with it.

Just start by pouring a little in, stirring for around a minute, and then check the consistency of the liquid. If it needs more, pour some more of the slurry. Just repeat this process until the liquid is as thick as you like it. But remember, cornstarch can have an unpleasant flavor if overused, so please use it sparingly to rescue all the deliciousness of those beans and ham.

Evaporate The Liquid (Whilst Stirring Consistently)

Another straightforward way of thickening beans and ham is to simply do nothing. Well, not exactly nothing, but this won’t require you to mash beans, make slurries, or whip up a roux. All you need for this method is a little time, a few stirs here and there, and hey presto, thicker beans and ham before you know it.

Basically you’re trying to evaporate some of the excess liquid, and keeping the beans cooking over a medium heat will hurry this along as the liquid in the dish turns to steam and evaporates. This is a great way to thicken beans and ham because it also intensifies the flavor.

As the liquid evaporates, the flavors in the dish become more pronounced, so you end up with a thicker dish that tastes even better than it did before. So it’s a win-win.

The only drawback to this method is that it takes the longest to achieve, and you also have to remember to stir it consistently. If you don’t, your beans and ham will catch at the bottom of the pan, possibly burn, and leave you with a big cleaning job at the end of it as you try to chisel the beans and ham off the bottom of your pan.

But if you want to thicken your beans and ham a little slower, then this is the perfect method for you. And the result? Delicious, thick beans and ham that everyone will want to try!

We’ve called this section the potato method, but really there are lots of ways you can use potatoes to thicken beans and ham. And since we want to help you as much as possible, we’ll list the ones we know below, so you can pick one to try that suits you.

As you can see, potatoes are really versatile, and you can make use of them in lots of ways to help thicken all kinds of dishes. However you decide to thicken beans and ham, whether it’s with one of the potato methods, or one of the other four we’ve described today, it really couldn’t be simpler. So next time you find yourself looking at watery beans and ham, remember these few tricks, and you’ll be back on track to delicious, thick beans and ham in no time!

How To Store Oyster Mushrooms 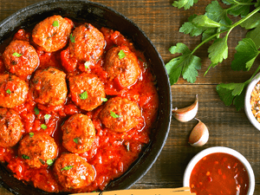 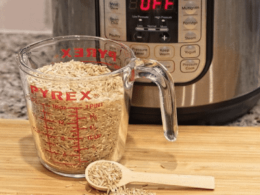 The Instant Pot: the Most Important Gadget in Your Kitchen 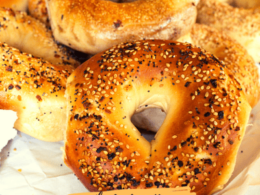 How Long Do Bagels Last and How To Keep Them Fresh 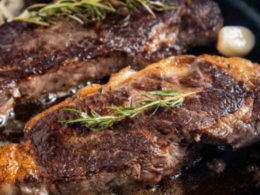