If you’ve just read the title to this post and recoiled in horror, don’t worry.

We always keep food safety as the top priority in all the posts we make, and this one is no exception.

If you’ve partially cooked a chicken, refrigerated it overnight, and only then realized that it was undercooked, then food safety experts will tell you to throw it out. And we agree.

But, if you’ve just taken your chicken out of the oven, realized quickly that it’s undercooked, then it’s possible to recook it right away and still use it.

So, let’s find out more, shall we?

It is possible to recook undercooked chicken if you catch it early enough.

Allowing it to cool whilst partially cooked is a big no-no, because your chicken becomes a breeding ground for harmful bacteria that can make you sick.

But if you’ve noticed it right away, then it’s time to get to work, because your undercooked chicken can be saved if you act fast.

You have two options available to you here: in the oven, or by frying it up – and the choice is up to you, but we’ll talk more about the best options as we go through today’s article.

To sum up though, yes, you can rescue undercooked chicken, and here’s exactly how…

How To Fix It?

The key to fixing the situation you’ve found yourself is obvious – you need to recook the chicken, and you need to do it quickly.

By doing so, you minimize the chance of any harmful bacteria developing, and you can be confident that your chicken will be safe to eat by the time it’s fully cooked.

We said earlier you could either recook undercooked chicken in the oven, or by frying it, so let’s look a little closer at your options and discuss the best time to use each method.

Recook Undercooked Chicken In The Oven

OK, this is probably the most obvious solution to the undercooked chicken problem, and it’s the best solution if you’ve literally just taken the chicken out, and realized quickly that it’s undercooked. By putting your oven

back on right away, and throwing your chicken in, you can just cook it for longer at the temperature you originally cooked it at, but if only parts of it are undercooked, then you might want to do it at a higher heat.

350 degrees Fahrenheit plus ought to make sure the chicken is thoroughly cooked.

So now you know how to recook undercooked chicken in the oven, but when is this the best option? Well, as a general guideline, if you’ve cooked the chicken originally one way, then you should carry on cooking the chicken in the same way.

It would also just be impractical to try and break the chicken up to fry it, and it would waste valuable time.

So always try to react quickly to your undercooked chicken for best results and to guarantee that it’s safe to eat.

If you’ve fried your chicken originally, then it obviously makes sense to continue frying it.

Although there is an exception to that rule, but more on that below. For now, let’s just talk about reacting quickly again.

All you need to do is use a meat thermometer to check that the temperature is over 165 degrees Fahrenheit.

This is the safe temperature for chicken to be served at, but it doesn’t always mean it is cooked, so you should also check it by cutting it open and looking at the flesh.

If it is white, then it’s cooked, and if it is pink, it needs longer.

Checking whilst cooking is the best way to make sure no harmful bacteria has time to produce whilst it cools down. It also means you won’t accidentally eat undercooked chicken, which can make you very sick.

Always opt to re-fry chicken if you’ve already cooked it by frying.

However, if you’ve fried the chicken in a batter and that is already crispy and deep brown in color, then it’s best to continue cooking it in the oven to stop the outside batter from burning, whilst still making sure the chicken is thoroughly cooked inside.

The key to recooking chicken is guaranteeing that it is completely cooked as quickly as possible, but there are a few more rules too.

First off, never let it go cold if it is undercooked – but we’ve explained that earlier in the article. But on a related point, you should also be careful when reheating chicken, anyway. It should only be kept in the fridge for 3 days, maximum.

After that time, you should discard it as it may no longer be safe to consume. Reheating or recooking chicken can also cause some problems because of the protein in the chicken.

Of course, recooking is different to finishing cooking, and really what we’re talking about here with undercooked chicken is finishing the cooking process.

This needs to be done quickly in order for it to be safe, but it’s not the same as recooking because the proteins aren’t being broken down twice.

If recooking, the protein in the chicken can cause some digestive problems – so be careful about recooking chicken, really you should either be finishing cooking it because the chicken is undercooked, or reheating it once fully cooked and you have leftovers – cooking it twice is unnecessary and potentially harmful.

And before we leave you to finish cooking your undercooked chicken, we just want to reiterate that if you’ve left the partially cooked or undercooked chicken for a significant amount of time before realizing the problem, then you ought to discard the chicken straight away.

Finishing cooking an undercooked chicken after bacteria has had optimal time to grow is a bad idea, and it can make you sick.

So long as you’re quick at realizing the chicken is undercooked (by checking it quickly after you think it is done) then you won’t have a problem with cooking it further to finish it.

Yes, undercooked chicken can be nerve-wracking, but just give it enough time to finish cooking, and it’ll be perfectly safe and enjoyable to eat!

How To Vacuum Seal Hot Dogs

What Is the Ideal Temperature for Smoking Fish? 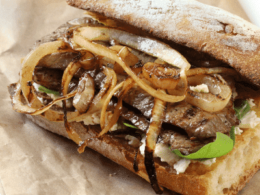 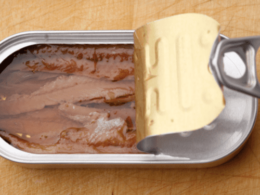 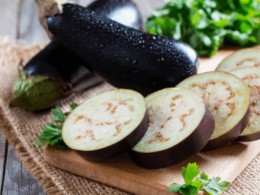