Pickling Salt vs Himalayan Salt: Which is Better?

What’s one ingredient you can never cook without?

A salt – a combination of two minerals – sodium and chlorine! But the world is filled with different types of salt, each holding a unique power.

Today, we will compare two of the most common types – pickling salt vs Himalayan salt.

From creating savory dishes to preserving hard-cooked food and your pickles, they come with various benefits.

Then we can go on to help you understand which is better and deserves a spot in your kitchen cabinet!

What Is Pickling Salt?

So what is pickling salt, and do you even need it? Pickling salt is also commonly known as preserving salt or canning salt. And as it’s the former name suggests, it’s used for preservation, especially of pickles.’

Think of it as only fine and pure granulated salt. It also contains pure sodium chloride. One of the main reasons for the popularity of pickling salt is that it’s perfect for pickling!

Devoid of any anti-caking agents (like magnesium carbonate) which can turn pickling liquid cloudy, it’s also easy to dissolve with brine and keeps your pickle brine transparent!

You can also look up pickling and canning recipes to put your salt into action.

So if you want a clear brine jar, you know what’s the best salt for it! But make sure you get your canning jars for fermented pickles before you start.

Not containing any anti-caking agents and additives also makes pickling salt a pure salt. But it’s not the sea salt is not the only salt that you can use for pickling! So yeah, you could use pickling salt to make your pickles dark.

But other canning and pickling salt substitutes are also available, and it’s always a good idea to pick a salt with anti-caking agents or anti-caking ingredients.

Kosher salt also weighs around the same as pickling salt. While the grain size of kosher salt is different, it usually has a good pickling effect. Many people recommend kosher salt for fermenting.

You can also opt for table salt for pickling, but the quality of your pickles may suffer because of the additives or absence of anti-caking agent. You can easily find pickling salt in grocery stores.

But you can also use pure sea salt and find it in the salt section of grocery stores.

What is Himalayan Salt?

You must have come across the ever-famous Himalayan pink salt. Found in the Himalayan regions of Pakistan in its purest forms, it is known for its many benefits.

It’s naturally produced in salt pockets, is found in the form of white and pink crystals, and has a different salt structure than other salts (not all have the same volume). It’s also considered to be very pure and mineral-rich.

It contains iodine as one of the trace minerals, a significant element in boosting immunity and health.

Its sodium concentration is lesser than table salt. Himalayan salt is still nature’s baby, making it an excellent addition to your everyday routine (but look for kosher-certified packs).

These salts are popular with the latter being one of the most expensive salt types. However, there are a few key differences between the two.

Every salt, including regular salt, iodized salt, rock salt, or flake salt, has its uses and functions.

For example, iodized table salt is widely used for reducing iodine deficiency. Sea salt is commonly used to add a salty punch to your food.

Canning salt is mostly used for the pickle process and canning, quite literally, as their name suggests. Canning salt is commonly an essential ingredient for the canning and manufacturing of pickles.

You can also use canning salt for various other purposes, just like common table salt for baking.

Pickling or canning salt is also a great way to season your foods like popcorn for a perfect movie night.

You can also opt to add pickling or canning salt on your french fries for a cheat day! Sometimes people also opt for ball pickling salt to prevent clumping from moisture.

Being a very refined salt, it also adds a strong flavor to your foods and is a good choice for food preservation and essential spices.

It is mainly used as a substitute for regular table salt (which contains potassium iodide and makes cloudy brine) in cooking and preserving food.

You can easily replace your table salts with this for a more subtle taste and a meal full of essential minerals.

Himalayan salts are also the force behind salt lamps and bring many health benefits.

For this, you can opt for some other salt.

Apart from daily cooking or canning, they are also used as bath salts and have a soothing effect on the nervous system and the human body. It also has a visually appealing result.

Pickling Salt vs Himalayan Salt: Which Should You Choose?

Can I Use Himalayan Salt for Pickling?

It’s usually not recommended because it has minerals in it which can affect the quality of canned products and pickles.

Can I Use Pickling Salt for Cooking?

Yes, you can use it for cooking, baking and even for seasoning your dishes and meals.

Does Frozen Meat Go Bad? How To Tell?

Is It Safe to Eat 2 Year Old Frozen Meat? 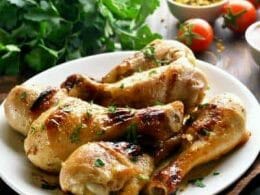 How Long Does It Take to Cook Drumsticks? 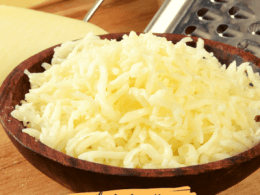 How to Shred Fresh Mozzarella?

How to Keep Pasta from Sticking Together, Cooked, and when Storing 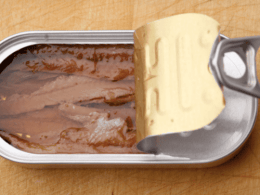