Whenever you hear the word sushi, your first thought is probably ‘raw seafood’. And yes, that’s a large part of this famous Japanese cuisine, but it isn’t all there is to it.

Sushi always has cooked rice, but the fillings vary from raw seafood to eggs, and even vinegar marinated vegetables.

Why are we bothering to tell you all that? Well, because it makes your question of can you eat sushi the next day a little more complicated.

But don’t worry, this whole post errs on the side of caution for your safety, so this advice applies to ALL sushi, regardless of filling. Ready to find out more?

Then grab your chopsticks and get ready to learn about all things next-day sushi!

Yes, you can eat sushi the next day. However, be aware that storing it correctly is the key to avoiding

So yes, you can eat sushi the next day, but only if you follow the guidance below to make sure you’re doing it safely!

How Long Does Sushi Last?

How long sushi lasts depends on how you’re planning on storing it (hint: you should only ever store it in the fridge, but we’ll get on to that later).

So, if you’ve found yourself with an abundance of sushi and no room left in your stomach, then follow this advice to preserve its shelf life until the next day – and ONLY the next day!

If you don’t consume it then, you’ll need to throw it out because 24 hours in the fridge for raw fish, cooked rice, and vinegary veg is all you’ve got before the risk of bacteria growth increases to levels which are more than likely to make you sick.

Sushi Stored in The Fridge

Moving on then to the only correct way to store sushi for the next day: the fridge.

Once you’ve served your sushi, you’ll need to be pretty quick with getting it into the fridge if you know there’s going to be leftovers.

Sushi (of all kinds) shouldn’t be left at room temperature for longer than 30 minutes.

If you do, bacteria growth is more likely, and popping them in the fridge won’t do anything to kill that bacteria, so the next day your stomach won’t be too happy with you.

Instead, only ever try to make enough sushi for the meal you’re having. Fresh is always best when it comes to sushi.

However, we know that can’t always happen, so the first thing to remember is to put your sushi in the fridge within 30 minutes, to make sure it’s safe to eat the next day.

Of course, safety isn’t your only concern, so how can you make sure the texture and quality of the sushi stays the same?

Well, if you just place it in the fridge, then the rice will become chewy and not very pleasant.

Veg, too, can become soggy and the whole dish will just lose some of its pizzazz!

The best way to combat this is to help the sushi keep as much of its moisture as you can.

Always cover your sushi with a damp, clean towel in the fridge, so the moisture stays locked into those delicious sushi rolls.

Doing so will help the texture stay as similar to fresh sushi as possible. But remember, next day sushi will never taste exactly the same as fresh sushi.

The last thing you need to remember about this method is the temperature you store the sushi at.

Keeping your fridge at a temperature of 41 degrees Fahrenheit is best.

This temperature will keep any raw seafood safe to eat, but it’ll also prevent the rice from going bad too, both in terms of its safety to consume and it’s quality.

Things To Avoid When Storing Sushi

We’ve covered how to store it correctly, now let’s talk about how NOT to store it.

Keeping sushi out of the fridge is a no-go. Doing so will seriously increase the risk that harmful bacteria has grown on the food, and this will make you sick.

Generally, sushi should only be kept at room temperature for around 30 minutes.

Room temperature is perfect for harmful bacteria to reproduce rapidly, and raw fish is essentially a breeding ground for them too. Mixing the two is NEVER a good idea.

Some people wrongly assume that the vinegar that is often present in the dish – usually in the rice, vegetables, and sometimes on the raw seafood too – means that it is essentially preserved and so is safe to be left out at room temperature.

But this is just not the case.

There isn’t enough vinegar in a sushi roll to act as a preservative, so harmful bacteria will grow, and grow quickly if left out.

Just think about the last time you went to a sushi restaurant. Did you ever notice people leaving with their leftovers?

No, because sushi restaurants know how important it is to only eat sushi when it is fresh.

If it can’t be refrigerated within around 30 minutes, then the risk of bacteria is too high for the restaurant to allow you to leave with it.

And even if you asked to take your leftovers home, most sushi restaurants would refuse.

How Do I Know If My Sushi’s Gone Bad?

With raw fish, the flesh should spring back once touched. If it feels mushy, then it should be thrown out.

your sushi, then it’s likely that it’s gone bad and so you should throw it out, too. Remember to use three main senses before eating sushi: look, smell, and touch.

If it looks fine, smells fine, and feels fine, then it’s probably fine.

But NEVER eat sushi after 24 hours – this really is the maximum amount of time it should be kept for, even if it smells, looks, and feels fine.

Remember, leftover next day sushi is fine, but only if it has been stored in the refrigerator at a temperature of 41 degrees Fahrenheit and not been left out at room temperature for over 30 minutes.

Keep a damp towel over it for quality, and your next day sushi ought to be delicious and safe to eat, even if it isn’t exactly the same texture as when it was fresh.

The Best Way to Eat Meatballs Cold? (and How Long They Last)

The best way To Use Pork Chops For Pulled Pork 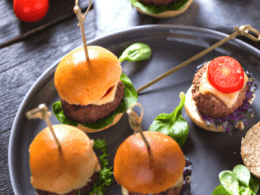 How to Keep Hamburgers Warm at a Party 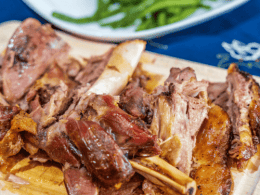 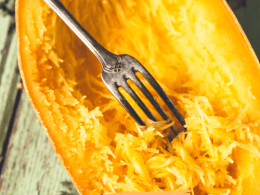 All You Need To Know About How To Freeze Spaghetti Squash 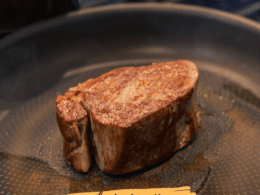