How To Toast Bagels In An Oven

So your toasters on the blink again and you have a hankering for some delicious toasted bagels? Trust us, we’ve all been there.

And whilst, in theory, we all sort of know that you must be able to toast bagels in an oven or using a stovetop etc., we shy away from it.

We assume the only outcome will be overdone, burned bagels that are nothing like the deliciously crisp, toasted bagels we were dreaming about before we embarked on this mission.

But what if we told you that you can toast bagels in an oven? And not only can you do it, but it’s much easier than you first think.

Sounds good, right? Well, if you want to hear all about how to toast bagels without a toaster, then today’s post is perfect for you!

Do Bagels Need To Be Toasted?

Before we write our articles, we like to do a little research to see what most people are saying about certain questions.

And when we innocently searched whether or not bagels need to be toasted, we were not expecting such a minefield of controversial opinions and nuanced debates online.

Seriously, people, it’s a bagel. We’re not talking about the socio-political effects of the First World War here, it doesn’t need to be that deep…

But trust us, to some in the bagel-loving community, it really is that deep. And in the interest of fairness, we like to provide different opinions.

So, if you count yourself amongst the connoisseurs of bagels we found online, then you might be interested to know that lots of bagel-lovers have strict rules when it comes to toasting or not.

Apparently, if it’s a freshly baked bagel, then taking it anywhere near a toaster is pretty much a punishable crime.

Who knew, right? In fact, some people have a time limit on it. If the bagel is 6 hours old or younger, then don’t toast.

If it’s older than 6 hours, then you should toast it to bring back some of that crisp deliciousness. Don’t worry if that’s news to you guys, because it was news to us too, and we literally write about food all day.

If it’s store-bought, then toasting it is an absolute must, according to some people. Otherwise, they’d argue, you might as well just use bread.

To just take a bagel out of a packet, slice it in half, and throw on some toppings for a sandwich is also seen as something akin to a federal crime, which would carry some pretty high sentences in the food court of law.

But we also have an opinion, and so we’re going to share that with you too.

We’re not ones for rules when it comes to food, so who cares if you’ve just toasted a bagel that’s fresh out of the oven?

And you won’t get any funny looks from us if you make a bagel sandwich without toasting it first.

Why are we telling you all this? Because if you’re in a pinch and you can’t toast your bagel like you normally would, then just don’t toast it.

It won’t be the end of the world, and we’re certain you’ll find your bagel to be perfectly nice.

But if you are someone who wants to toast bagels, and your toaster isn’t available right now, then we can show you below different ways of tackling it.

Just don’t succumb to the pressures of the hardcore bagel-lovers online. Only toast the bagel if it’s what you want…

Toast On The Stove Top

Before we talk about how to toast bagels in an oven, we thought we’d share a slightly easier option with you, and that’s using your stovetop.

To do this method, all you need to do is cut your bagel in half like you would before placing it into a toaster.

Whilst you’re doing that, place a large, non-stick frying pan over medium heat. You don’t need oil or butter or anything for this method. Remember – you’re toasting your bagel, not frying it.

Once the pan is warm (you can place your hand over the frying pan to check this, remembering, of course, not to get your hand too close or you’ll burn yourself) simply place your bagels, cut-side down onto the pan.

The hot, dry pan will toast your bagels. How long this will take isn’t an exact science, but check every 30 seconds or so by lifting up the bagels with some kitchen tongues to see when it’s done.

You’re looking for a light, toasted brown, but if you prefer them a little more done, then just leave them in longer. Remember to keep checking so you don’t overdo them, though.

When your bagels are in the toaster, both sides get toasted, so if that’s important to you, then flip them and repeat the process on the other side until that’s perfectly toasted too.

The reason we find this method easier is that it puts you in control of them and you don’t feel the need to open and close the oven door all the time to make sure they aren’t burning.

You can also react much quicker if it smells or looks like it’s going to burn.

Toast In An Oven

There are a few ways you can toast bagels in the oven, but for us, there’s only one foolproof way of doing it, and that’s doing it slowly.

You’ll find lots of advice online about turning your oven up to 350 Fahrenheit to get them toasted quickly, but more often than not this will result in uneven toasting at best, and a burned bagel at worst.

Instead, we recommend setting your oven to a low ‘n’ slow 180 degrees Fahrenheit.

This process will take around 10 minutes, but trust us, the result is worth it and you’ll end up with delicious, toasted bagels that are evenly crisp on the outside, and soft and delicious on the inside.

Remember, though, you’ll need to use the middle shelf. This is all about evenness, too close to the flames and they’ll burn, too far away and they won’t cook quickly enough.

So, take your halved bagels and place them on a baking tray. You can use baking paper to line the tray too if you want to save on the dishes.

Then place them in the preheated oven for 5 minutes on the middle shelf. Pull out the bagels at this stage to check them.

The tops should be browning slightly. Flip them over and put them back in for a further 5 minutes.

That’s it! That should be all it takes for your bagels to be perfectly toasted.

But if you prefer them a little less toasted or a little more, you can play around with those timings until you get your perfect bagel.

Trust us, this oven method is the easiest one you’ll find anywhere.

Toast It Over A Campfire Or BBQ

Now, we’ve provided you with two pretty safe options so far. But we also like to live a little on the edge around here, and this method is just perfect for those of you who like to do that too!

So, when you’re really in a pinch, you can toast bagels over a campfire or BBQ. Is this method the best way to ensure even toasting?

Absolutely not! But it’s the most fun, and it’s also the one that will add the most toasty flavor, so it is worth trying if you’re feeling adventurous.

All you need to do is get the flames going and under control on either your BBQ or campfire before you get started.

It’s important that the flames are under control before you start toasting anything.

The last thing you want is a flare-up, first, because it could cause you an injury, and second because it can burn your bagel quickly.

Once under control, all you need is a long instrument for toasting over campfires. You know the ones.

Then just stick your bagel on it – make sure you stab through the bagel because if you just use the ready-made bagel hole, it’s easy for it to slide off and turn into a big pile of ash in your campfire or BBQ.

This whole method relies on you eye-balling it. There’s no way of knowing how long it’ll take to be toasted, so just keep a close eye on it as you place the bagel over the flames to toast.

Once done, take it off the toasting utensil and allow it to cool for a moment before enjoying it.

Toast Bagel In A Toaster

And finally, we’ve come full circle. The above methods are great when you need to toast a bagel without a toaster, but there’s no denying that the best way to toast bagels is with a toaster.

So, if your toasters broke right now and you’re a huge fan of toasted bagels, you’ll need to replace it.

Toasting bagels in a toaster is the best way of controlling how toasted you’d like the bagel to be, it’s the safest method of toasting them by far, and it also does it all for you so you don’t need to monitor the bagel so closely.

So yes, the toaster is the best option for your bagels, but hopefully the other 3 options we’ve shown you have given you a method you’re comfortable with before you manage to replace your broken toaster.

And remember, you can always just not toast them. But if you don’t, it’s probably best not to mention it online, or the bagel-lovers will come for you…

How To Keep Cooked Chicken Warm Without Drying It Out

How to Shred Fresh Mozzarella?

Can You Refreeze Shrimp? 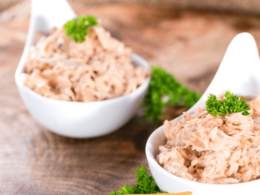 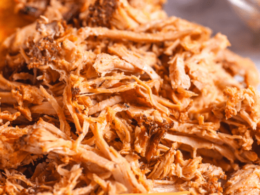 How to Keep Pulled Pork Moist and Juicy 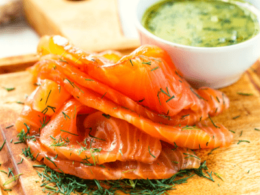